So…it’s Mental Health Awareness Week, and here is what my psychiatrist pal Michael Birtwhistle had to say about it (and much more besides: read through his ‘Tweets and Replies’):

Lads, this whole Awareness Week thing makes me so angry.

‘Oh, Jo, why are you angry? Isn’t there enough to be angry about? And how could this awareness week possibly do any harm?’, I hear you cry. Well it’s not just me. Most mentals I know – especially those who have been through the psychiatric and/or social care and/or benefits system agree. Because awareness weeks/days/months make people – and corporations – focus on all the wrong things – at the expense of the things we desperately need people to be aware of.

Let me begin with the ‘too much for promotional soundbites’ mentioned by Michael up there. Well. The first thing to say is that by ‘too much’, Michael means that the problem of ‘mental health’ (not ‘mental illness’, you note) has been reduced to one monolithic problem with one monolithic solution. Thing is, and I’m really not going to get into an argument about the validity of diagnostic categories here – because BY GOD HAVEN’T WE ALL HAD ENOUGH OF THIS FUCKING DEBATE – mental illnesses have varying symptoms. Depression doesn’t manifest in the same way in me as it does in others. We know so little, to be honest, about mental health issues – nothing is really understood about the aetiology of schizophrenia, or OCD, or depression, or bipolar disorder, or anything. We might see genetic tendencies, or we might point to a traumatic past, or a brain injury, but really – any psychologist worth their salt will hold their hands up and admit that we are simply groping in the dark a lot of the time. Most sensible people work with a ‘biopsychosocial’ model of mental illness, which includes a broad range of possible causes.

We know that certain medications have an evidence base for certain diagnoses – but no guarantee that what works for one person works for another. Evidence shows that particular therapies work well for particular conditions – speaking for myself, CBT with ERP has a 75% success rate for those with OCD. I hate comparisons between mental and physical illnesses for a multitude of reasons, but can you imagine thinking that diabetes, heart disease, cancer and asthma, for example, were all the same problem with the same solution? Well, apparently, that’s what we’re dealing with when it comes to Time To Talk Day, Mental Health Awareness Week and the rest of it.

So what happens is, Mental Health Awareness Week comes along and tells us that what we all need – mentally well, mentally ill, somewhere in between – is puppy therapy and bath bombs. A big part of this problem is the Cult of Wellbeing and Self-Care, which I’ve blogged about before. But there’s something way more insidious about the way companies and corporations leap on these ‘awareness weeks’ as a way of telling us we are responsible for our own wellbeing and ‘resilience’ (another word that makes me feel sick) no matter what our workloads, or our pay and conditions, or anything else.

You will also see a list of activities benevolently bestowed on you by your employer for ONE WEEK ONLY! A petting zoo! Vegan food and mocktails! I’ve even seen one workplace offering a virtual walk on the beach. What have all these things got in common? They are all cheap or totally free to provide. Therapy animals don’t get paid, their handlers are volunteers. Making a vat of dhal and some Virgin Marys can be done on the cheap, and a virtual walk…I mean. Mental Health Awareness Week is the perfect way for employers to virtue-signal that they CARE about mental health, without really doing anything, and also telling you it is ON YOU in the process.

As a chronic mental, I simply look at this stuff and roll my eyes. No-one ever suggests evidence-based medicine in this situation. No-one talks about smashing the punitive systems which keep chronically mental people oppressed: CTOs, the DWP, Section 136, prosecution for trying to commit suicide, intolerable work conditions, neoliberalism, austerity. No-one talks about racism or queerphobia or poverty or lack of medical research. These, it seems, are things people very much do NOT want to be aware of. Yet these are the things we are crying out for help with.

Another thing people very much do not want to be aware of are the very real and distressing (and disgusting) realities of mental health issues. Speaking for myself, OCD has made me have intrusive thoughts about harming children, animals, and old people. Really taboo stuff you’d not raise in the common room at work. My problems led to me being sectioned under the Mental Health Act for trying to kill myself twice (did you know when you ligature, you shit and piss yourself? It’s all glamour). Being ill made me cut myself and then, because I have dermatilliomania, pick and pick at the scabs until they became infected. I have been in A&E, screaming, bleeding and self-harming, held down by three burly security guards. Depression meant I didn’t shower or clean my teeth for weeks on end. These things are not something people seem to want to be too aware of either. Yet this is the reality of my experience.

Cos here’s the thing – we’re all AWARE of mental health. We all know we can TALK about it. The problem is – at some point we’re gonna have to admit, as a society, that whatever we’re doing so far isn’t working. I am all for people being aware of those ugly realities up there. But we don’t seem to be talking about those things, just going ‘have you tried yoga!!’.

Ultimately, Mental Health Awareness Week isn’t for the mentally ill. I mean if it was, we’d call it Mental Illness Awareness Week, at the very least.

I am a historian working on late medieval and early modern medicine, magic and divination. I'm currently cataloguing the Latin manuscripts at the John Rylands Library, Manchester. I've got a book, based on my PhD thesis (on numerological divination) due with Boydell and Brewer when I get time to write it. I suffer with severe episodic depression and OCD: both are under control with the help of medication, amazing therapy and lifestyle changes. I talk about all sorts of things here. View all posts by Dr. Jo Edge

3 thoughts on “Mental Health Awareness Week: what you need to be aware of (warning: you don’t want to know)” 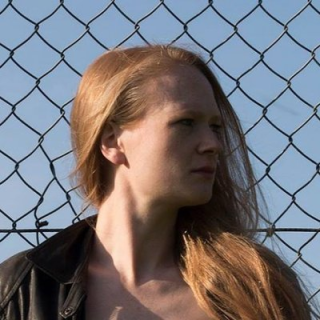 I am a historian working on late medieval and early modern medicine, magic and divination. I'm currently cataloguing the Latin manuscripts at the John Rylands Library, Manchester. I've got a book, based on my PhD thesis (on numerological divination) due with Boydell and Brewer when I get time to write it. I suffer with severe episodic depression and OCD: both are under control with the help of medication, amazing therapy and lifestyle changes. I talk about all sorts of things here.

This blog is covered by a Creative Commons Attribution-NonCommercial-NoDerivatives 4.0 International (CC BY-NC-ND 4.0) License